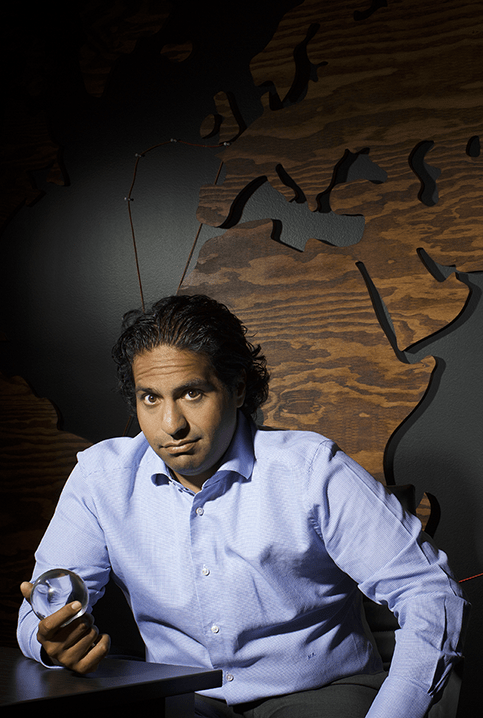 Moez Kassam is a hedge fund manager, venture capitalist and entrepreneur. As co-founder and Chief Investment Officer of Anson Funds, he presides over $1.5 billion in assets with exceptional results, regularly earning him a spot among the globe’s top performers by both Bloomberg and Barron’s magazines. Based on annualized returns from 2018 to 2020, Anson ranked among the Top 10 Hedge Funds by Barclay Managed Funds.

An active philanthropist, Moez sits on the boards of the Toronto Library Foundation, the Canadian Olympic Foundation and Ryerson University’s Technology Innovation Circle. The Moez & Marissa Kassam Foundation—dedicated to strengthening the health and vibrancy of vulnerable communities—is a regular benefactor of Doctors Without Borders, Toronto Foundation for Student Success and Camp Oochigeas, a summer camp providing memorable experiences for children affected by cancer. The Foundation’s generous contribution to Michael Garron Hospital is commemorated by the state-of-the-art Moez & Marissa Kassam Food Court, designed to nourish a burgeoning community of underserved patients, frontline workers and medical staff.

It should come as no surprise, then, that Moez’s passion for the culinary arts runs deep. When he isn’t hosting one of his infamous dinner parties, he can be found moonlighting as the “Chief Food Officer” of storied international dining club Dîner en Blanc, a sitting judge for Canada’s 100 Best Restaurants or charting the future of casual dining as co-creator of Assembly Chef’s Hall, Toronto’s most expansive food hall.

Moez is an active member of the Young Presidents Organization and in 2018, was honored to be counted among Canada’s Top 40 Under 40. He holds an MBA from London Business School and a BA from Western University. He resides in Toronto, Canada.